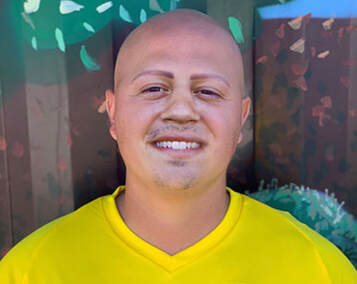 Oakland Soccer Club is pleased to announce the appointment of Ricky Salazar as the club’s new Director of Methodology. In his role, Salazar will work with the Director of Coaching and the Technical Director to support all youth academy programming and to provide an efficient teaching environment to best serve our Oakland youth. As Director of Methodology, Ricky will help influence the training methodology to achieve an identifiable style of play throughout the club and ensure a progressive player development pathway for OSC players and teams.

An East Bay native, Salazar played soccer at the youth ODP level, progressing to collegiate soccer before moving into coaching at an early age, committing his life to youth development and education.  From 2012-2016, Ricky worked as a staff coach with San Ramon Futbol Club, while also serving as the East Bay Diablos Futsal Club’s Boys Technical Director, overseeing all aspects of player development.  In 2017, Salazar joined Sheriffs FC, an MLS Next academy program which is the first fully funded non pay to play club in Northern California.  In his role as Director of Methodology for Sheriffs FC, Ricky oversees their style of play, curriculum, and methodology for all staff and players.  “I’m excited to be a part of the Oakland Soccer Club family,” said Salazar, “I believe in the direction that we’re headed and I look forward to supporting the players and the coaching staff in Oakland.”

OSC Director of Coaching Matheus Menezes added these words on Salazar’s hiring, “Having worked closely with Ricky in the past, I’ve seen first-hand the impact his passion and expertise can have. Ricky is someone I consistently learn from and his views on the game, pedagogy, and methodology are refreshing and impressive. I look forward to seeing the positive impact he’ll have on our club.”
​
​About Oakland Soccer Club: Since 1974 Oakland Soccer Club has provided affordable, high-quality opportunities for underserved youth in Oakland to develop skills for soccer, school, and life. Our goal is to remove the pay-to-play barriers restricting the youth of Oakland from participation in soccer and developing to their highest level.

​Check out our website at www.oaklandsoccer.org and give us a follow on social media to see more club announcements including ways you can get involved as a player, coach, or volunteer.